We almost didn’t get up for it, but so glad we did. This Horseshoe Bend sunrise mission was one of the coolest things we’ve seen all year. And sunrise is the only time you can beat the insane crowds here. Keep reading to see what we saw. 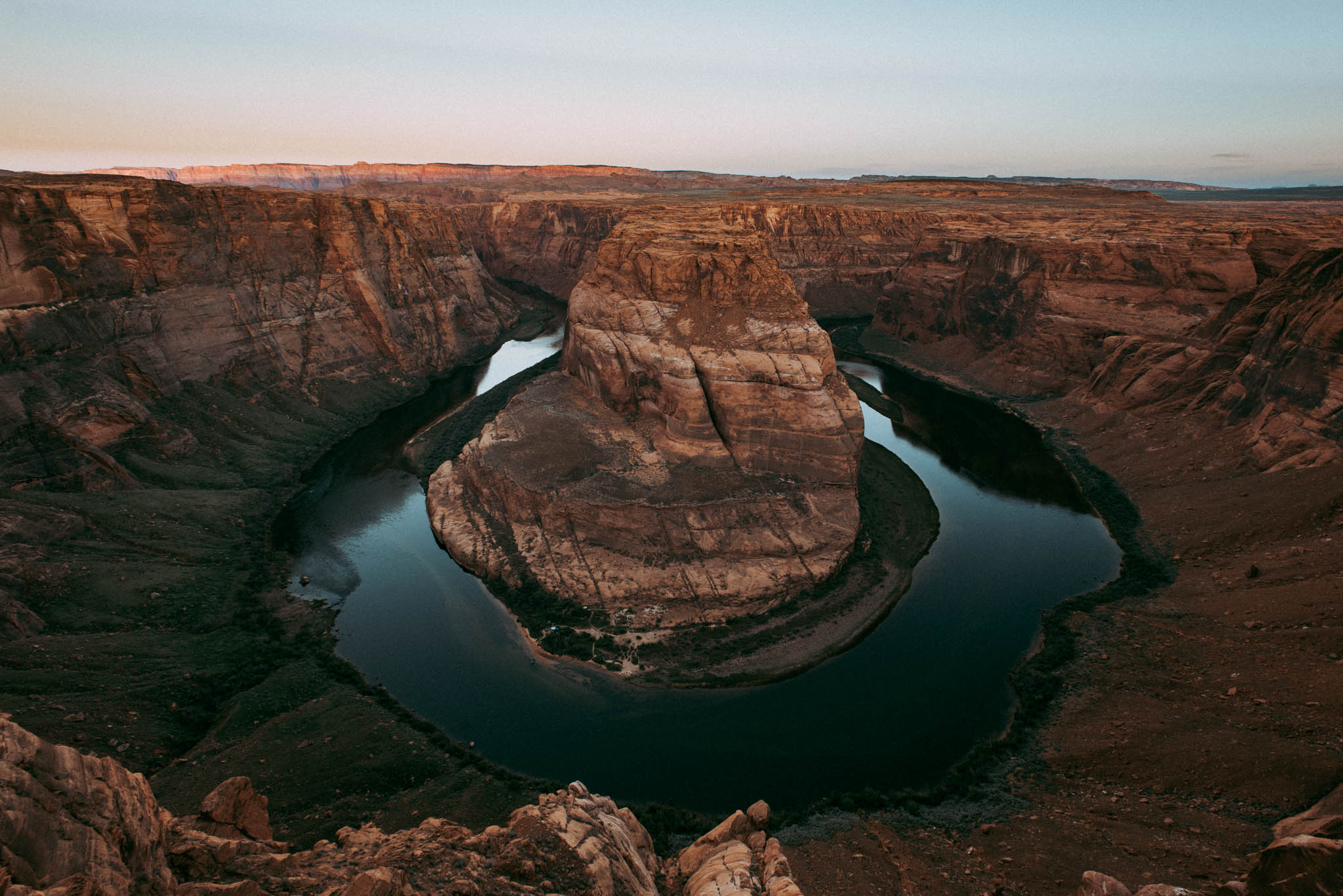 A Horseshoe Bend Sunrise is a tough site to Top

Horseshoe bend, ladies and gentlemen. One of the most popularly photographed sites in the world. It’s no wonder everyone wants a picture of this scene, it’s epic. We had recently been to the Grand Canyon South Rim, which is another incredible place. But the singular beauty of this one section of the Colorado River is tough to beat. The symmetry of the Colorado River’s curve around a perfect pinnacle of rock is extremely photogenic. We could see a small camp on the beach far below, and imagined what it would be like to be down there. Next time we go to Horseshoe, it’ll hopefully be a bottom-up view.

At first we wanted to go at sunset, but we arrived a little late and opted for sunrise instead. But about halfway through dinner we knew we weren’t waking up that early. We gave into the pleasurable thought of sleeping in and talked of doing sunset the following night. Then, at 4am I was shaken awake by a wide-awake Gabi. Something got her up and she decided it was a sign. An hour later we were hiking in the dark to claim a spot at the edge of the cliff for sunrise. Soooooo glad we did. There were far fewer people there in the early morning than the massive crowd we had seen at sunset the night before. We snagged a great vantage point at the edge of the cliff, set up the tripod, and watched the sun come up behind us, slowly illuminating the scene before us.

After the sun came up and more latecomers started to arrive, we went back to camp to shower and hitch up. Someday we’re going to go back to Lake Powell with a boat. Exploring all the nooks and crannies and coves of its meandering waters sounds like something we kinda have to do. But this time, we were stuck on land. With the Airstream in tow, we actually went back to Horseshoe Bend to shoot a few more photos and see it in the blazing sun. The light wasn’t nearly as good, but the scene was still just as epic. And we were clean and showered, so that’s a plus.