This Ruby Beach Adventure Engagement Session was a wild one. It was high tide, blowing wind, and more than just spitting rain. It was downright stormy. But David and McKenna embraced the weather and it made for an epic photo session!

Yeah, these two are crazy ↑. And awesome.

We often get asked, “what happens if it ends up being bad weather on the day of our shoot?” Well, this session is a perfect example of our usual reply; “We shoot rain, snow, wind, or shine!” In this case, it was some pretty gnarly wind and rain coming down during high tide at Ruby Beach. It was the day after Thanksgiving and we had all made the long trek out from the Seattle area to the rugged Olympic Peninsula coast for this session. There was no way we were going to let a little “bad” weather get in the way of a fun adventure. Plus, with it being late November in Washington, can’t say we were surprised by the forecast. So when we met up in the parking lot, we threw on out raincoats and set out for an extra adventurous session.

Want to see another stormy PNW coast Adventure Session? Check out this Hug Point Adventure on the Oregon coast

We were slightly worried about it being high tide at Ruby Beach, but it ended up making for a really cool scene. Every time we’ve gone to Ruby Beach it was around low tide, and you can walk far out amongst the stacks protruding from the sand. During high tide, however, the base of the stacks are submerged in water so they look like they’re rising out of the ocean. Normally, our go-to shooting locations would have been out on the beach a ways, somewhere among the sea stacks. But that was obviously out of the question. We looked around the area and ended up spotting a huge log protruding from the ever-present pile of driftwood. We decided to have David and McKenna sit on it, which ended up making for some of our favorite photos we’ve ever taken here. Kudos to them for expertly negotiating the slippery terrain! Between the umbrella, McKenna’s bright red rain jacket, and the stormy seas, it made for some epic shots. We recently returned to Ruby Beach and found that the log we had them sit on was no longer there; the ocean had claimed it and shifted the ever-changing pile of driftwood again. This was a one-time photo-op and we’re psyched we got to capture it!   After shooting for a bit, David and McKenna ran back up to the car for a quick wardrobe change. Just as they returned, the rain really started to come down and soon we were all soaking wet. But McKenna has this contagious laugh and David is an expert at bringing it out. I don’t think any of us stopped laughing and smiling as we snapped pics while the rain continued dumping. Towards the end, McKenna and David were so thoroughly soaked that McKenna decided they might as well get in the water. Ha! Obviously, we were very encouraging 😉 Despite David’s slight hesitation, McKenna soon had him in the swirling waves. We all ended the shoot cold and wet (or drenched), but wearing huge smiles. This was easily one of the most fun and adventurous sessions we’ve ever shot. Looking forward to capturing David and McKenna’s wedding next year, you guys are a blast! 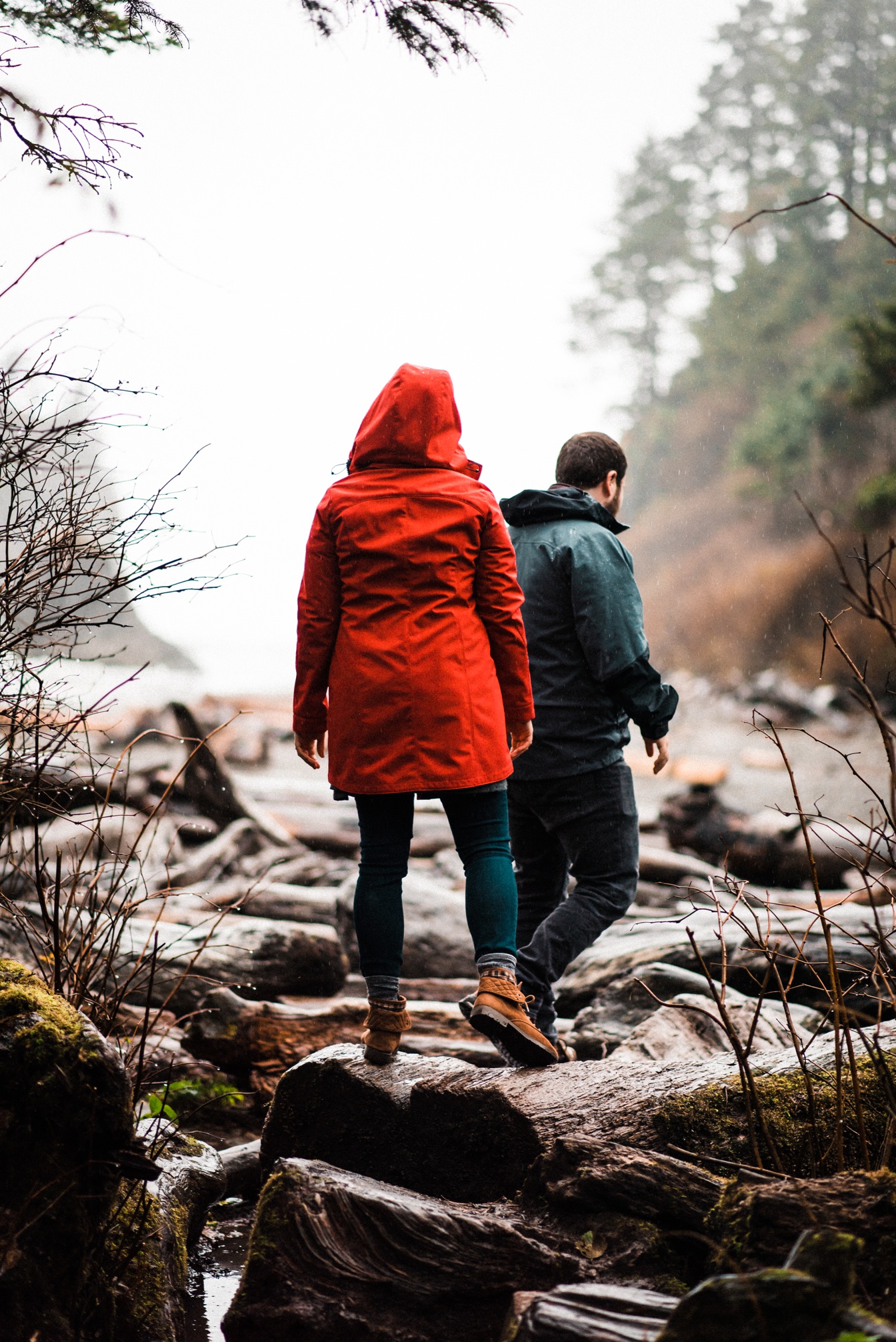 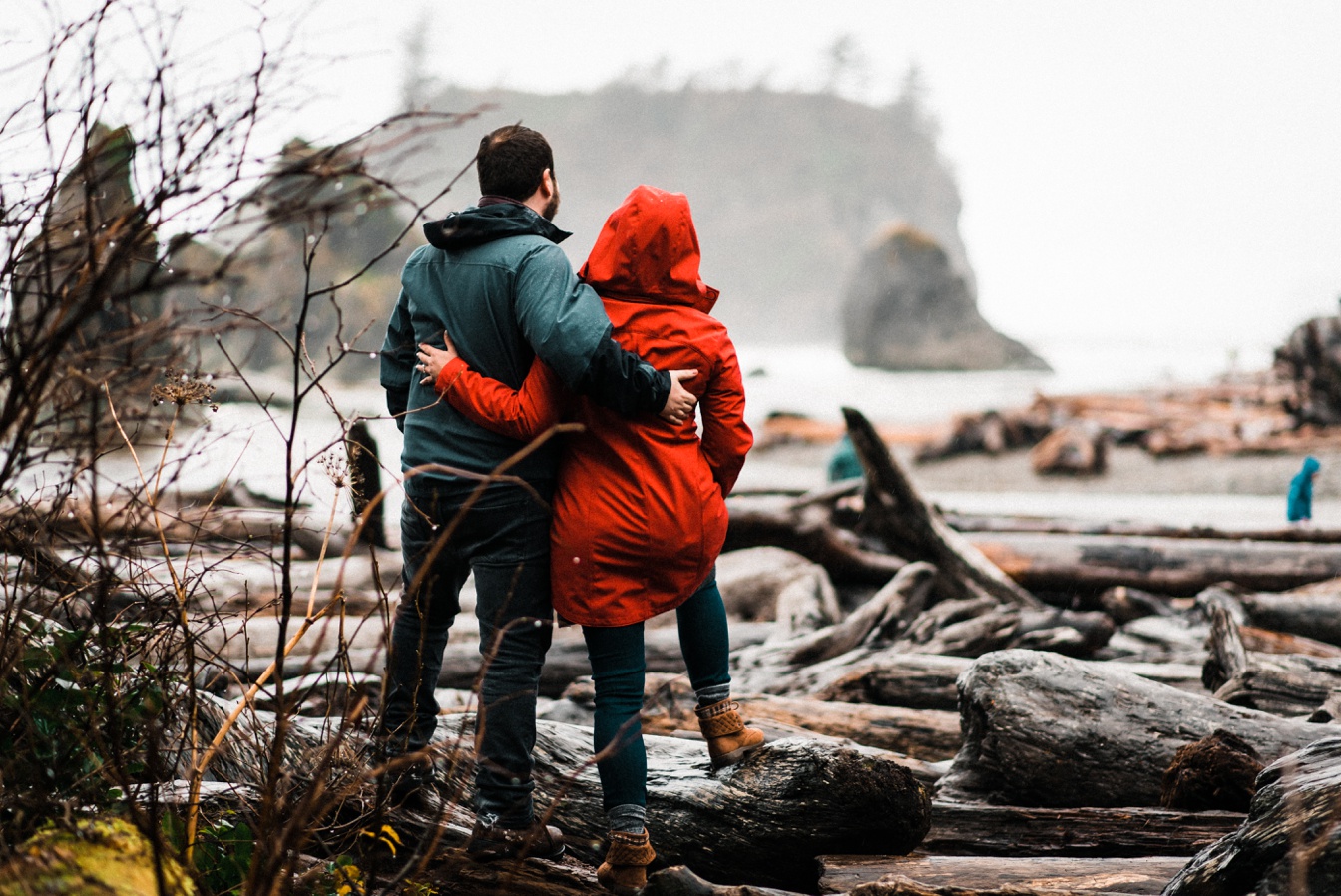 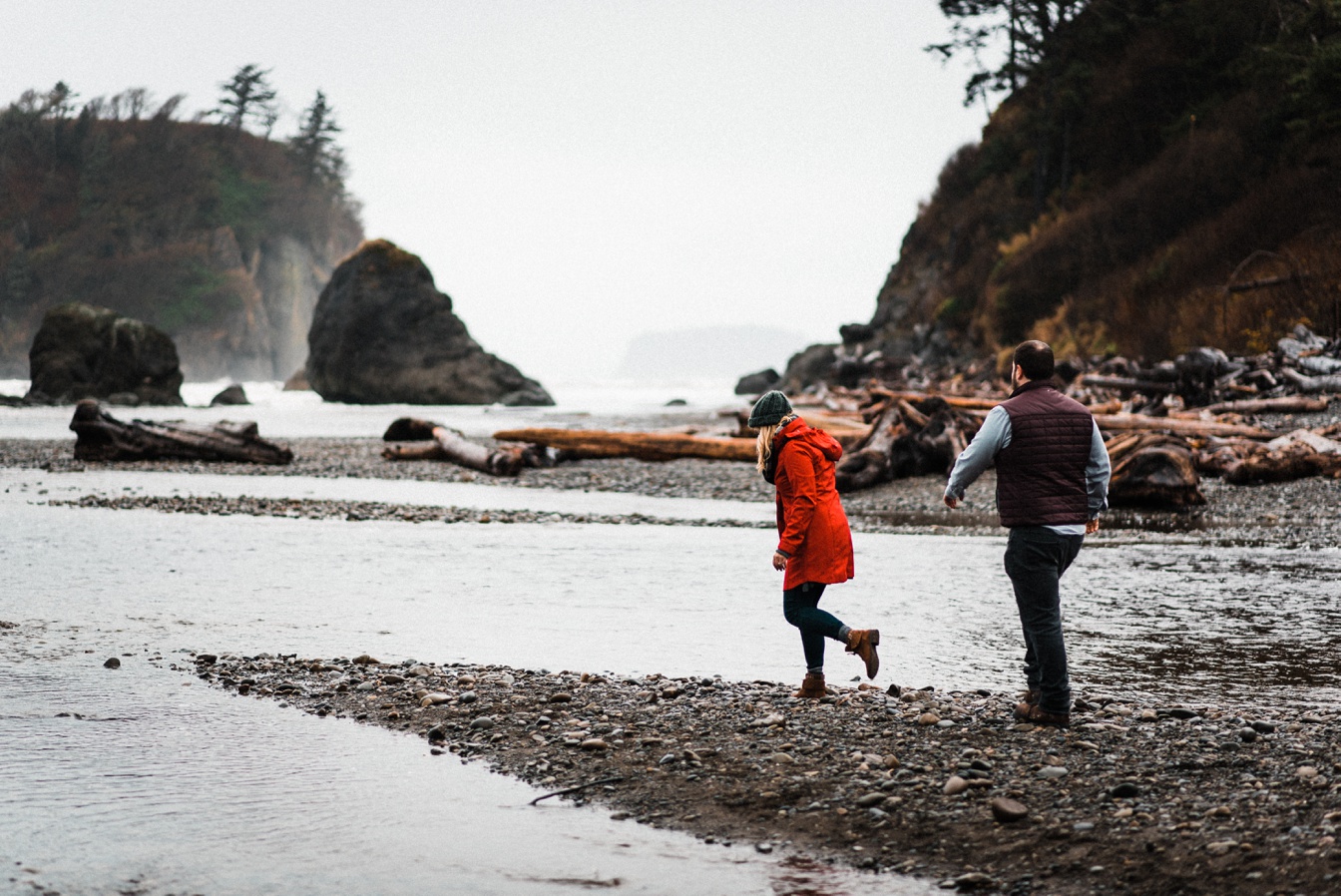 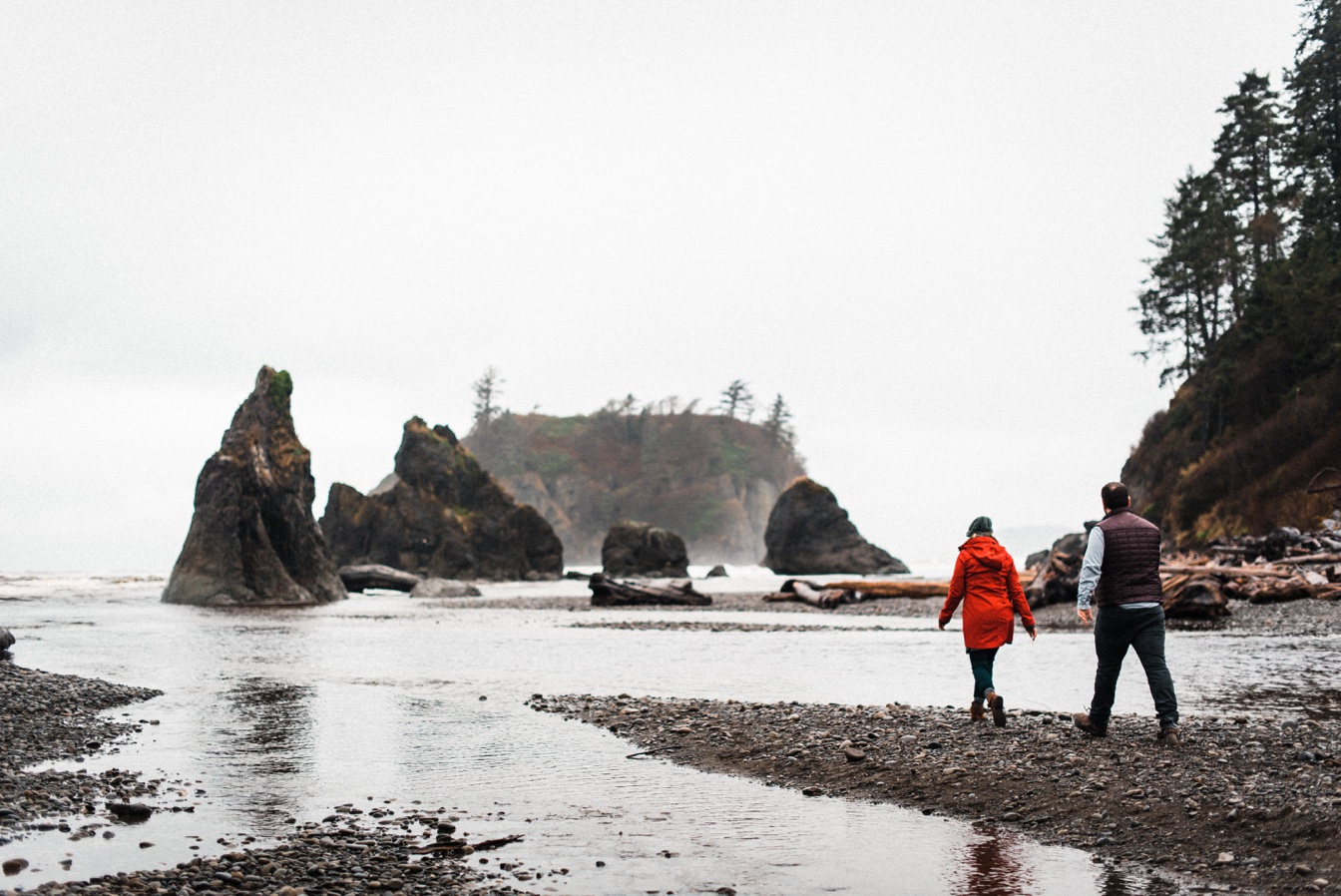 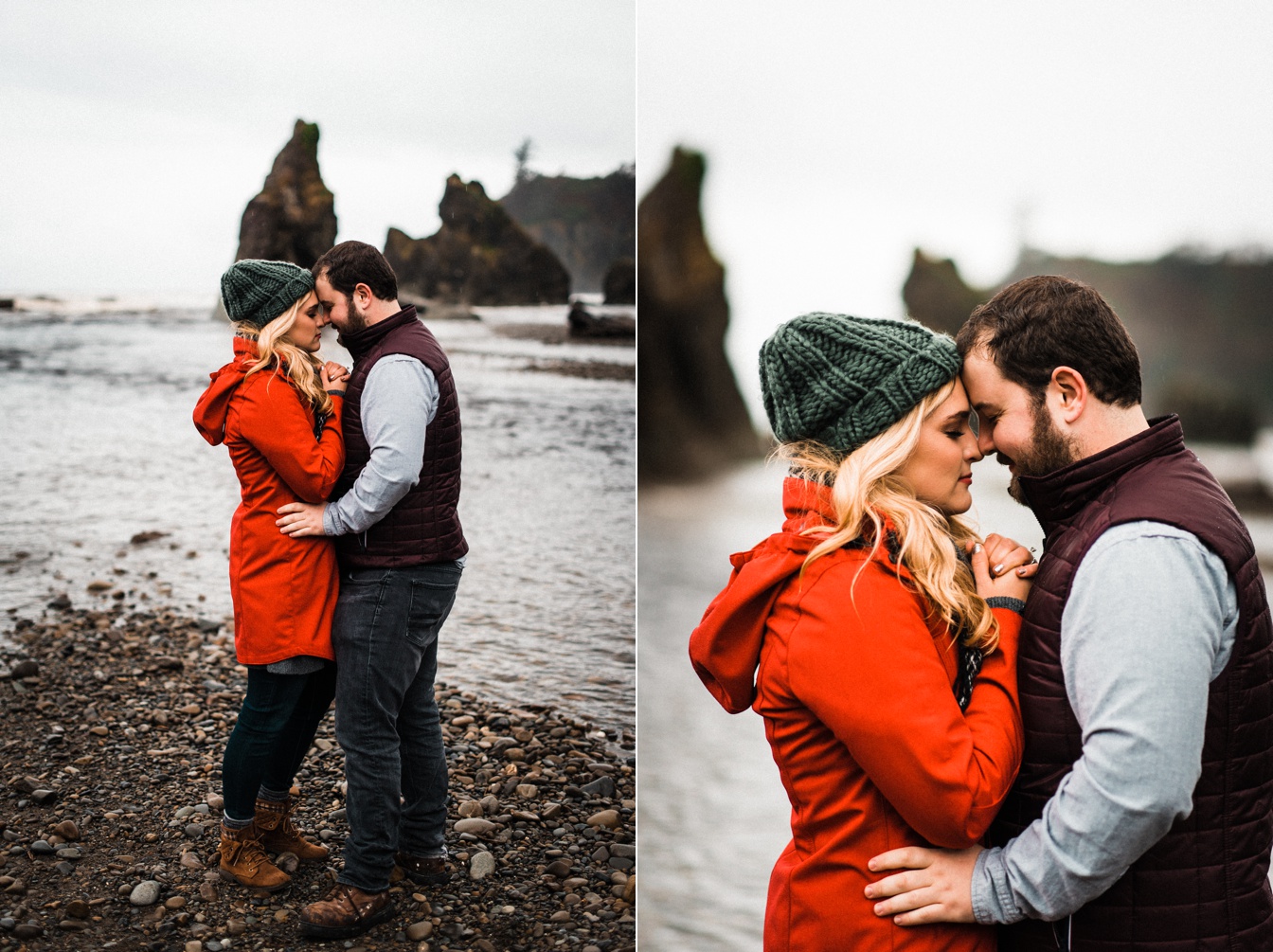 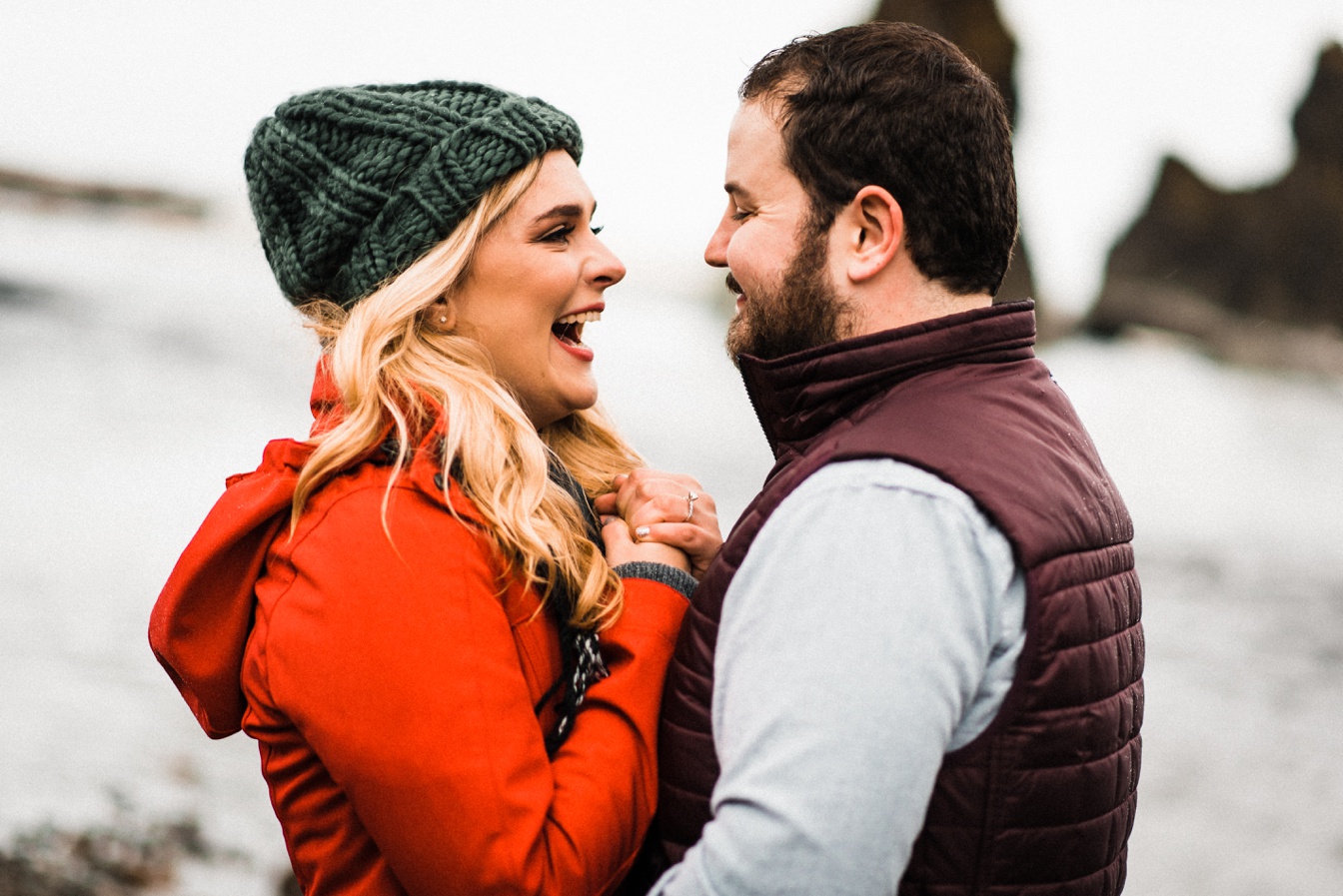 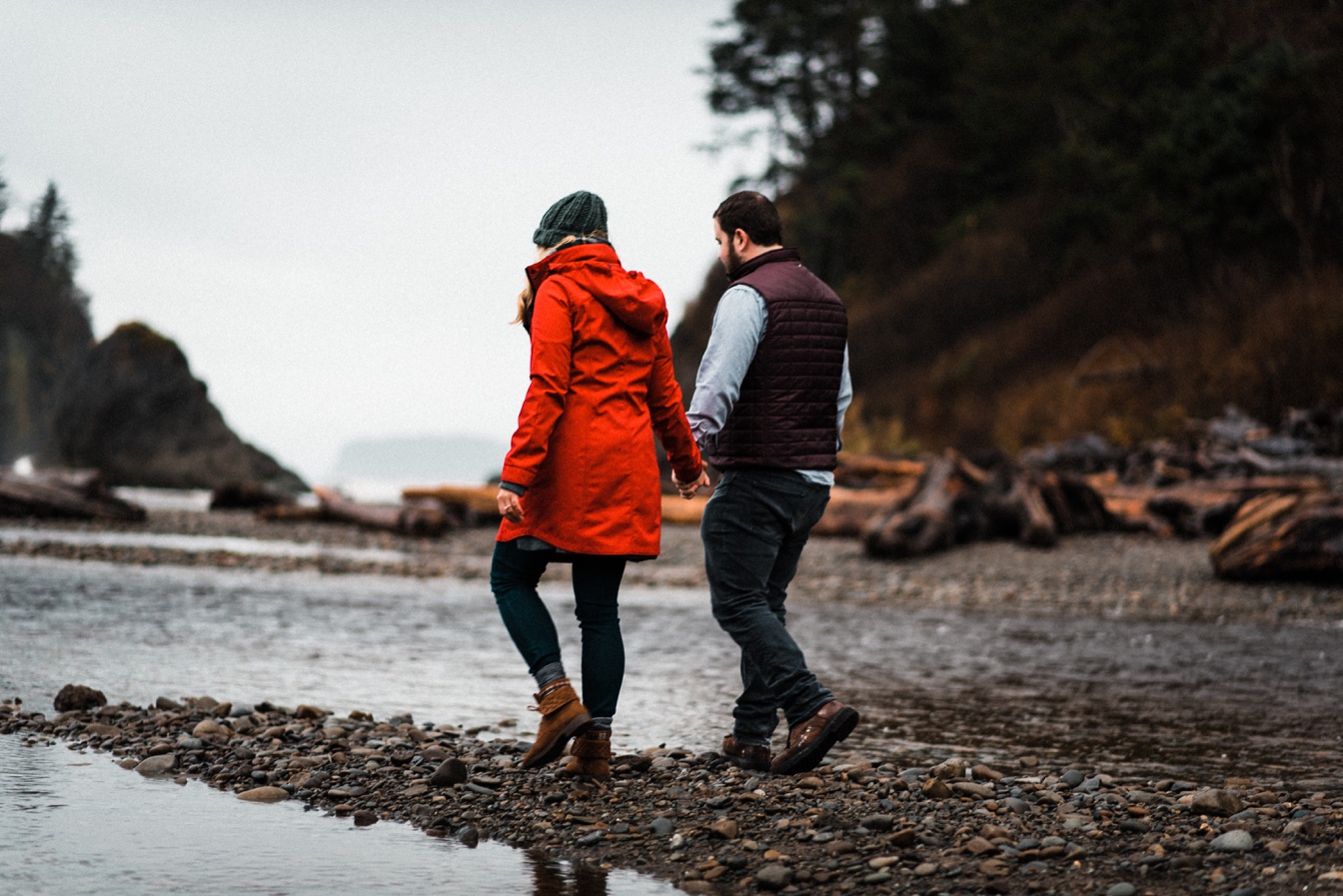 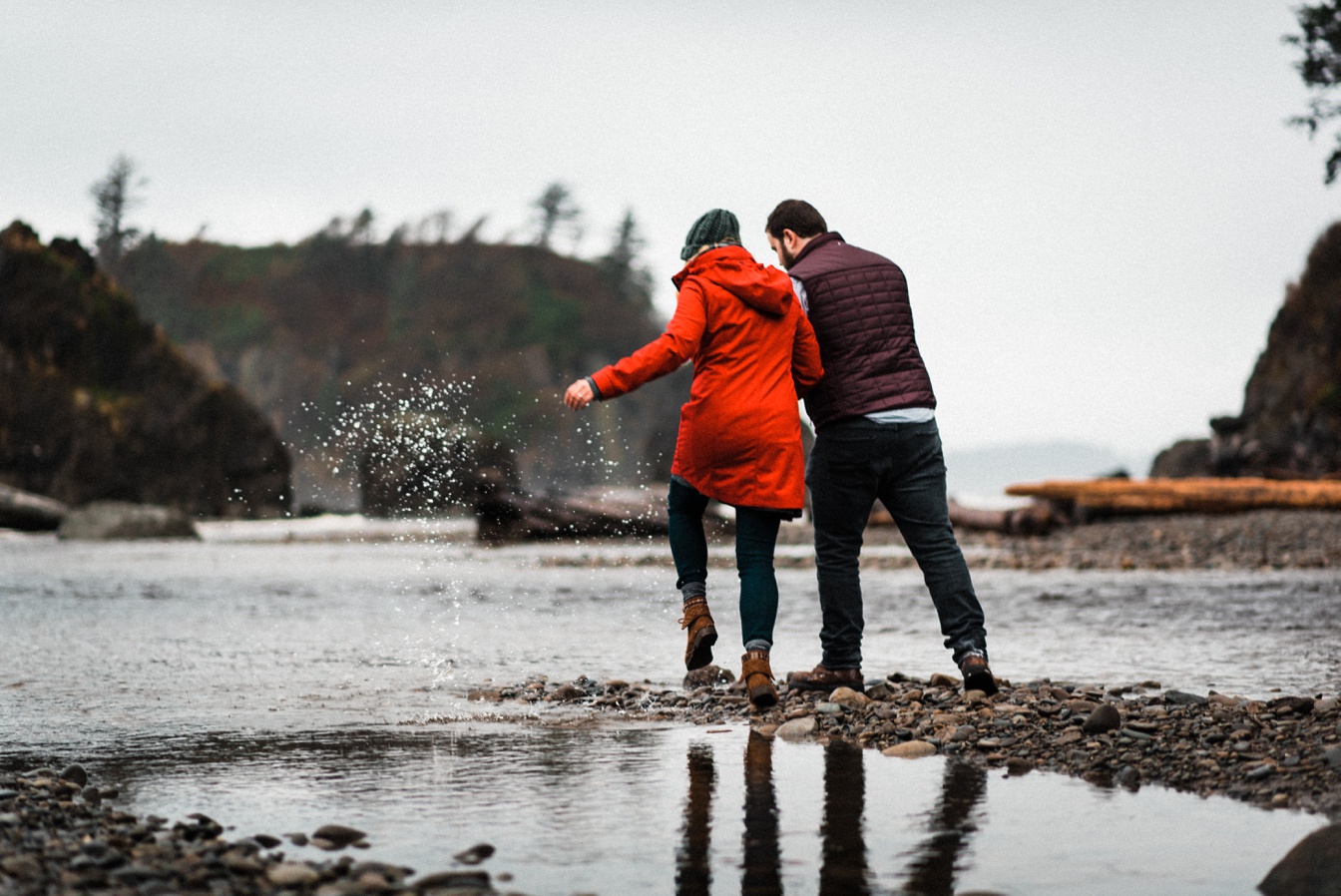 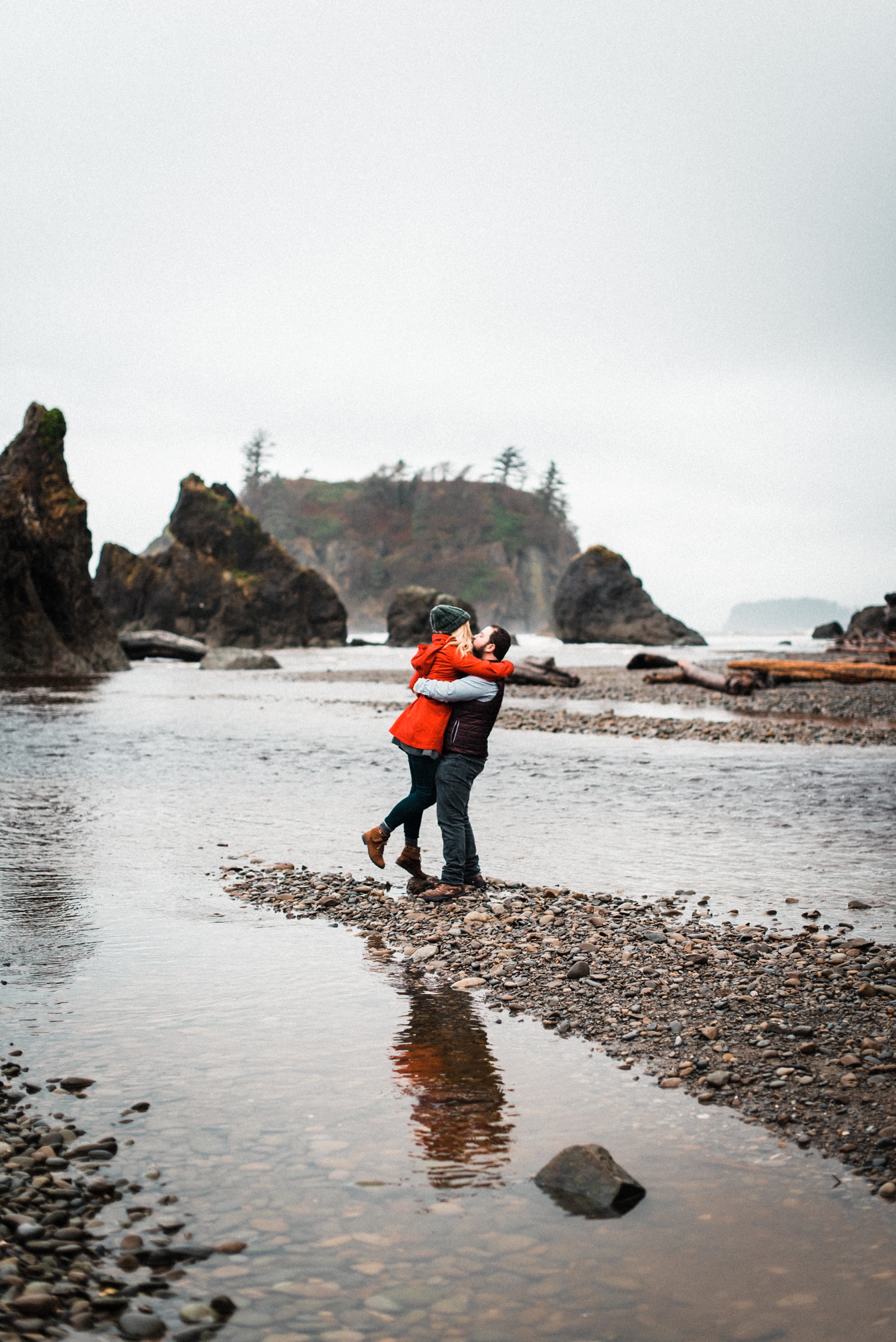 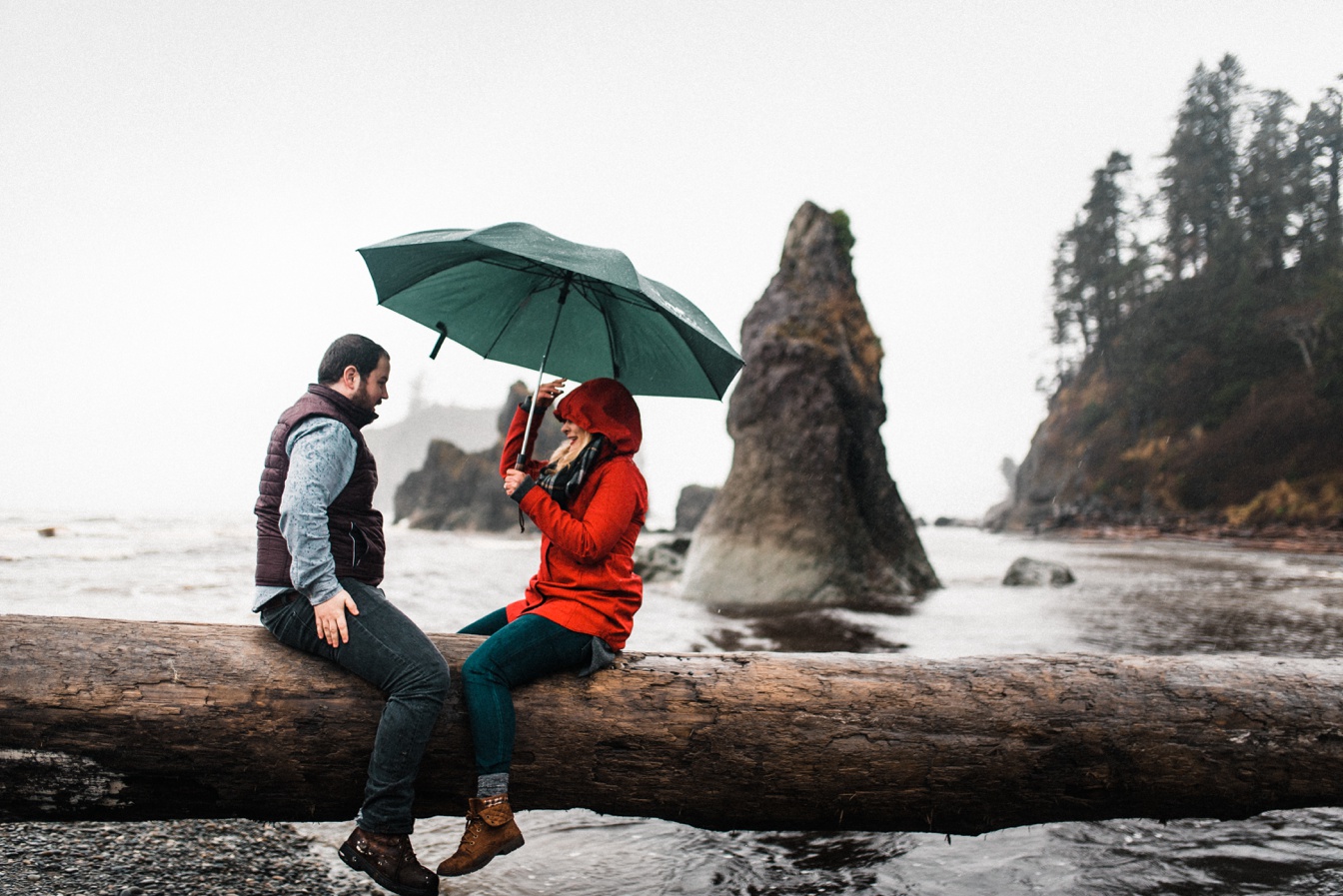 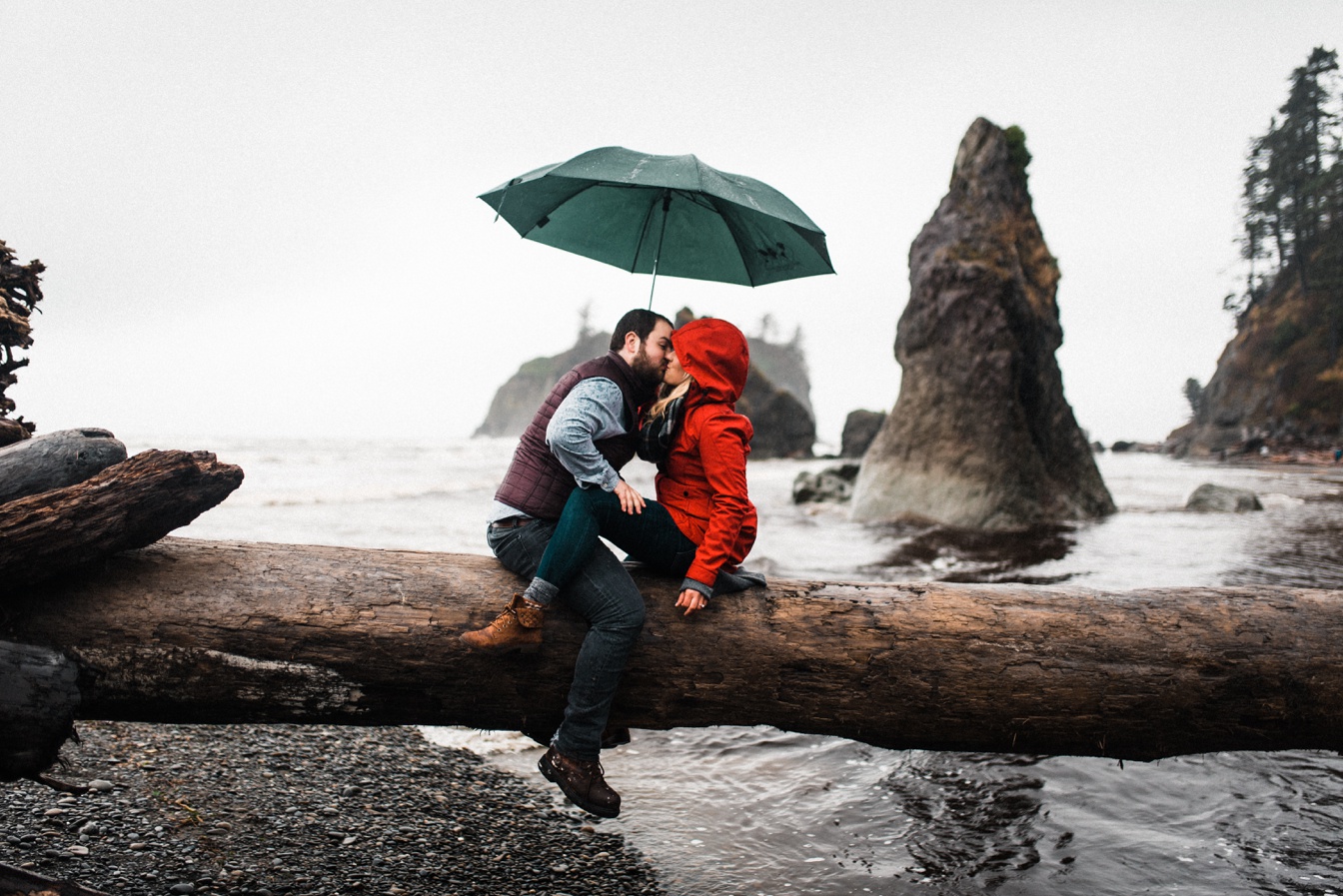 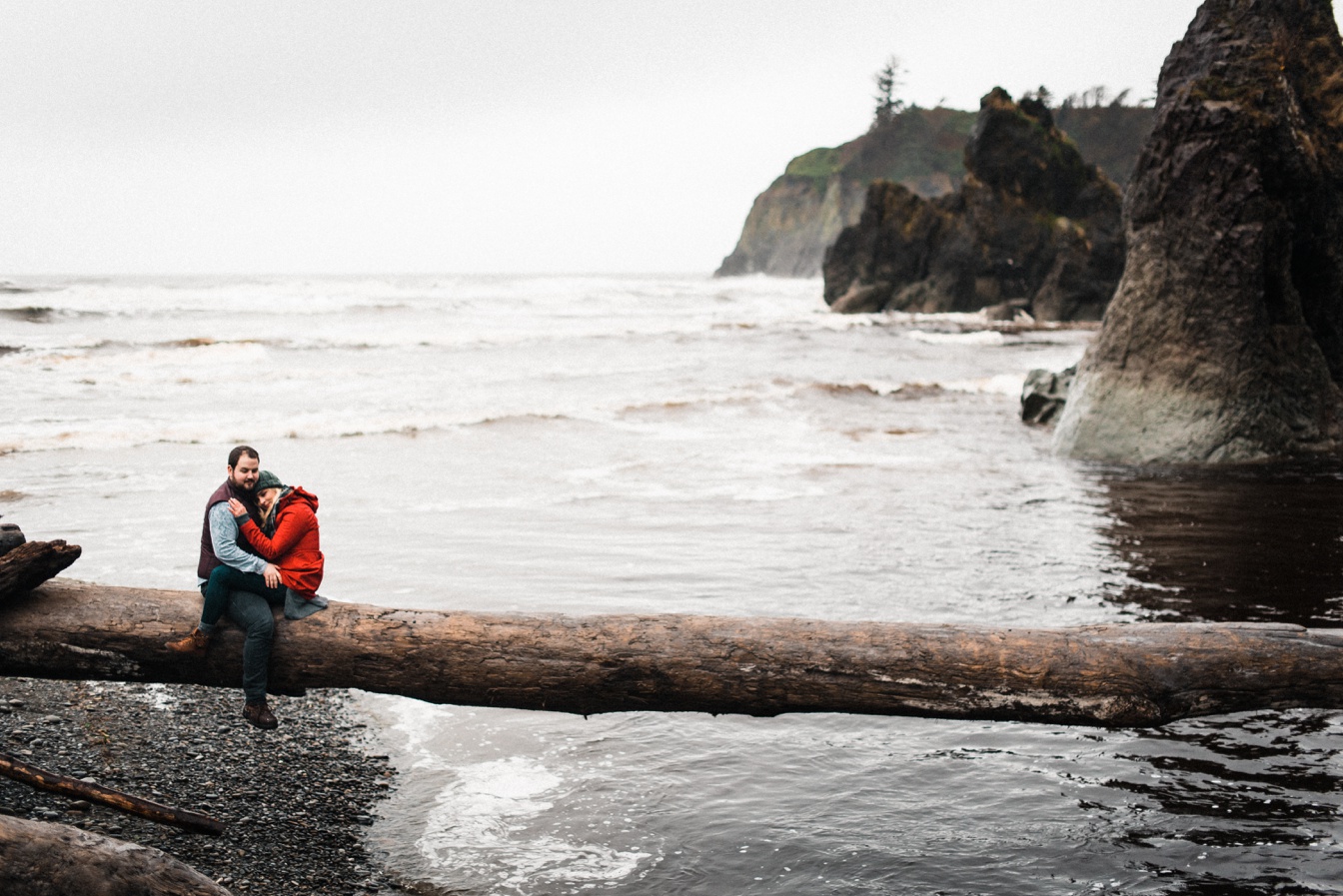 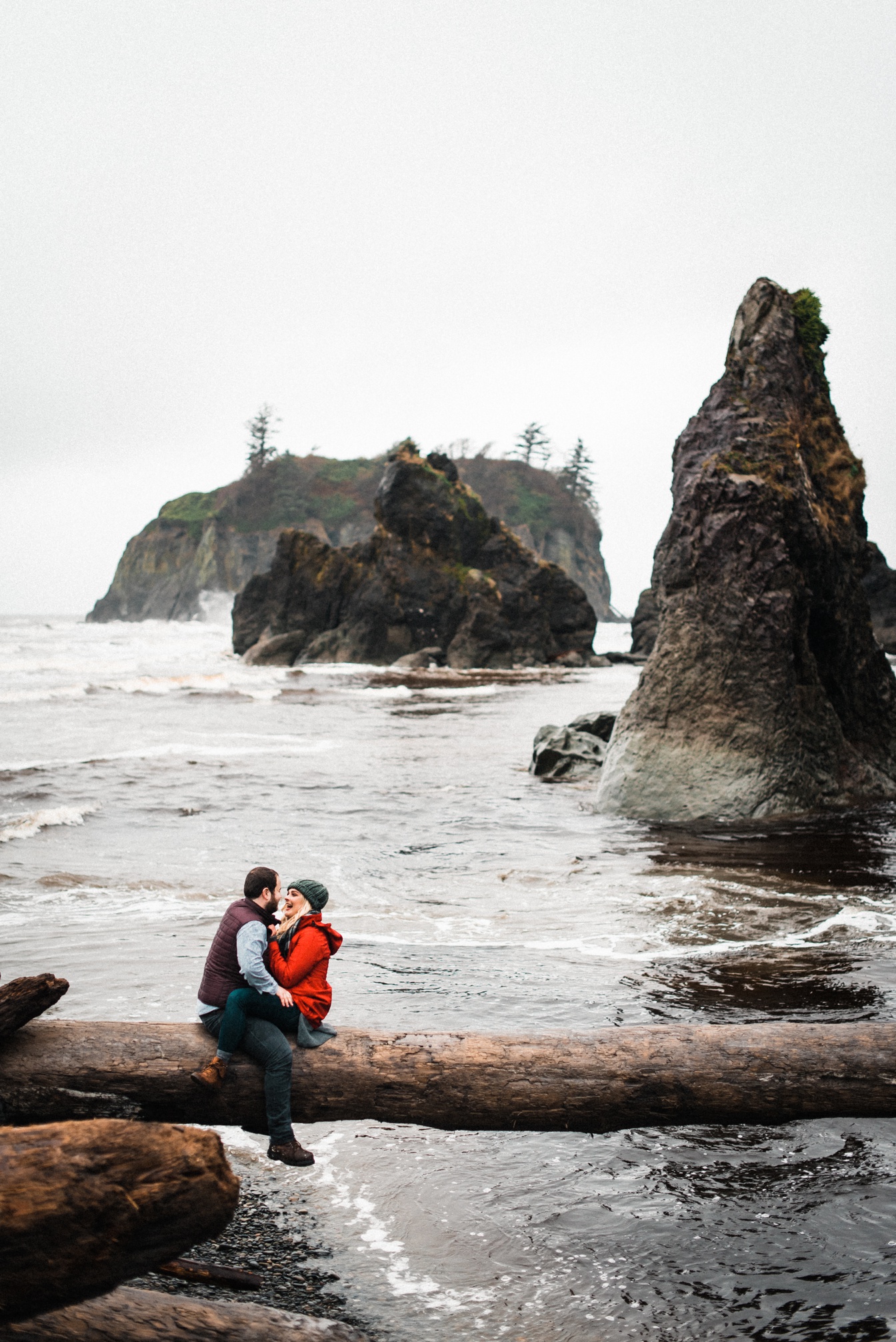 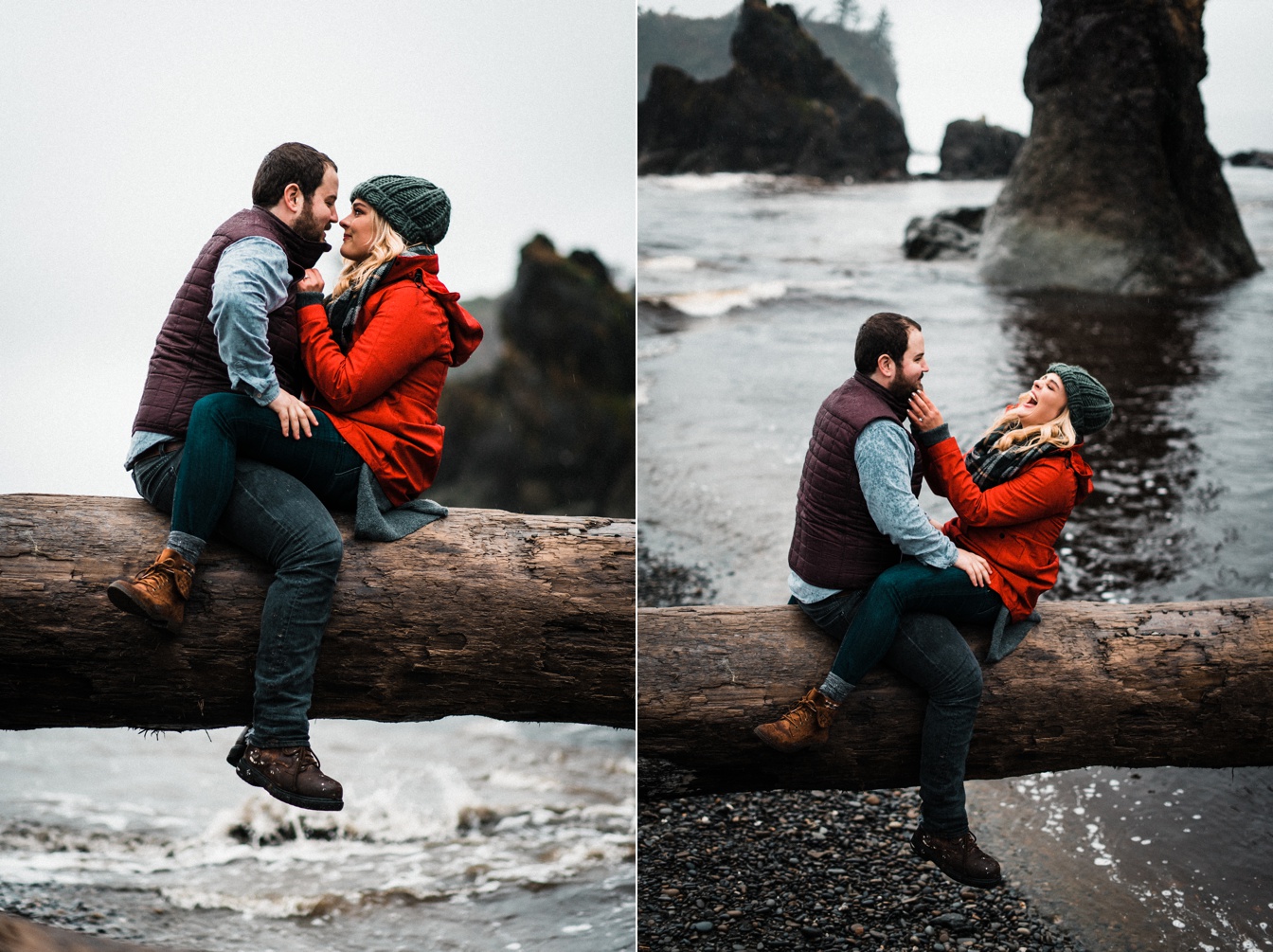 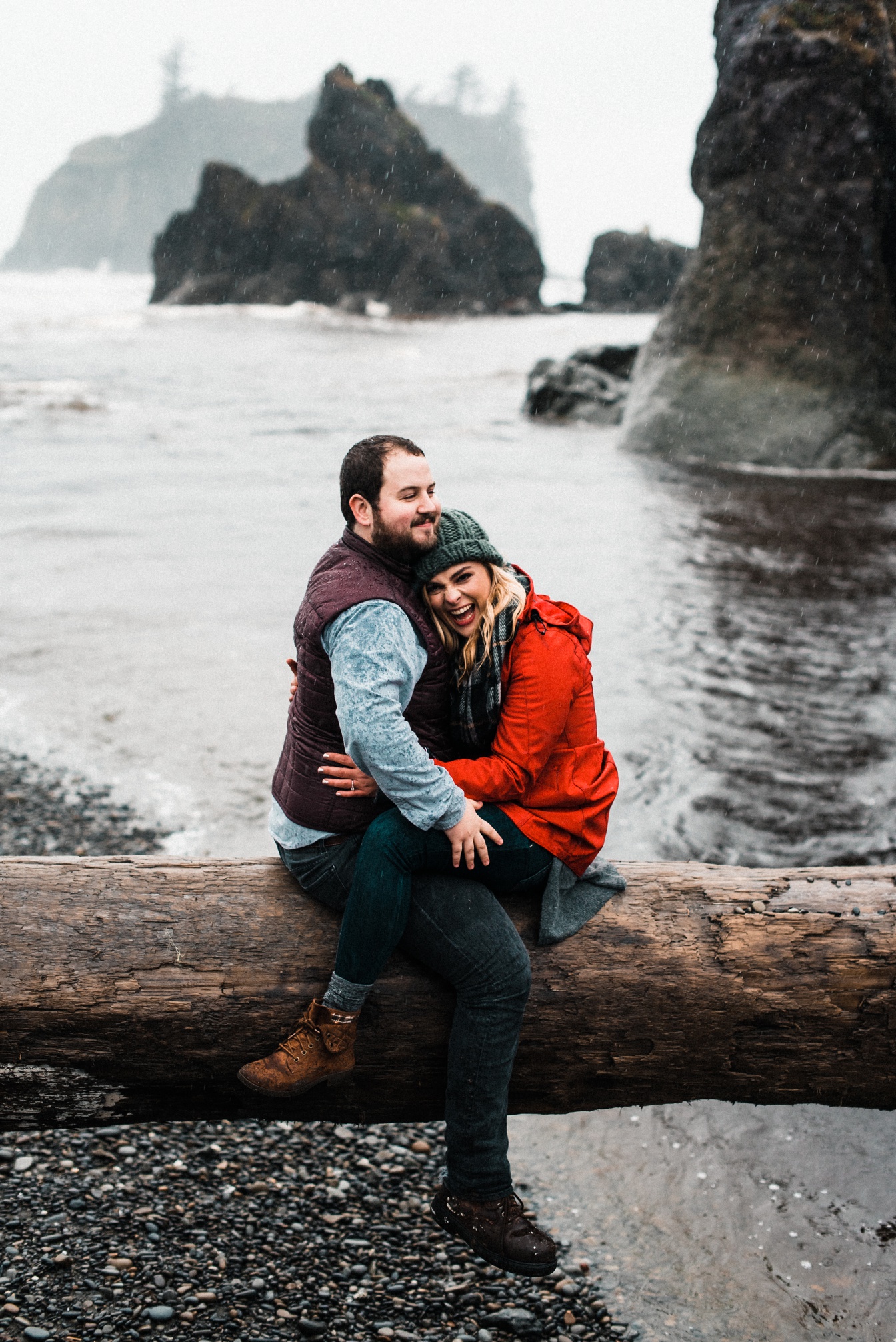 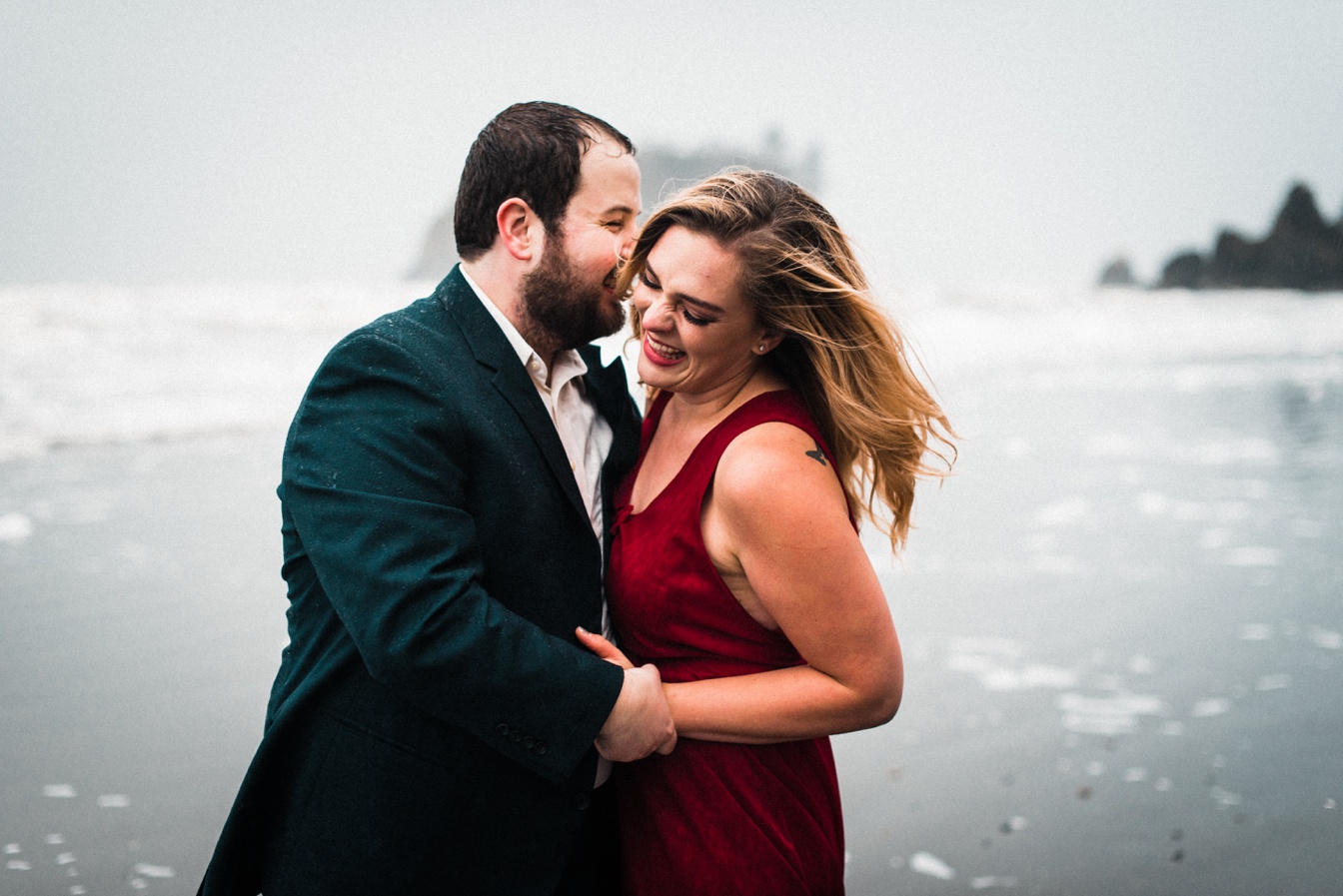 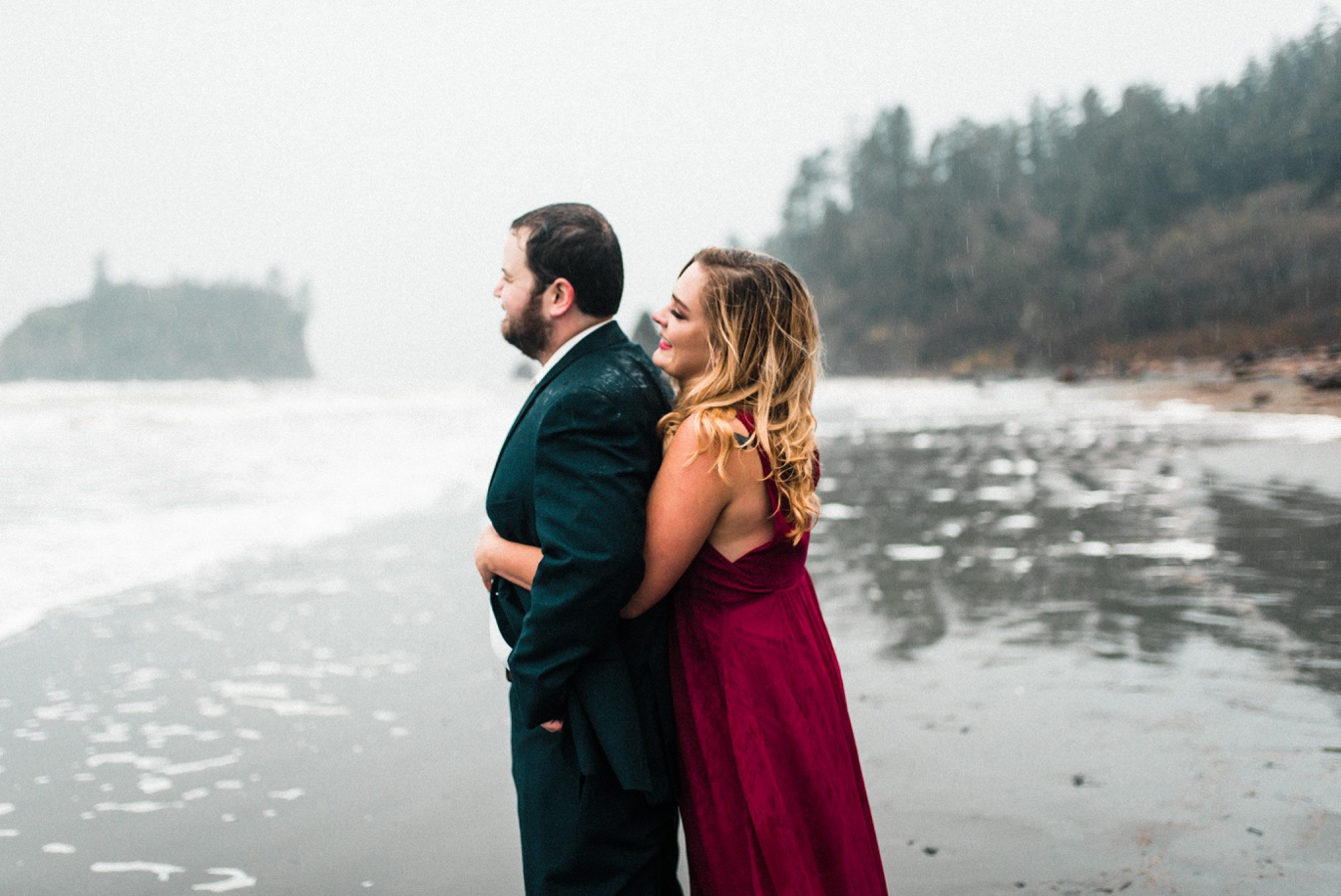 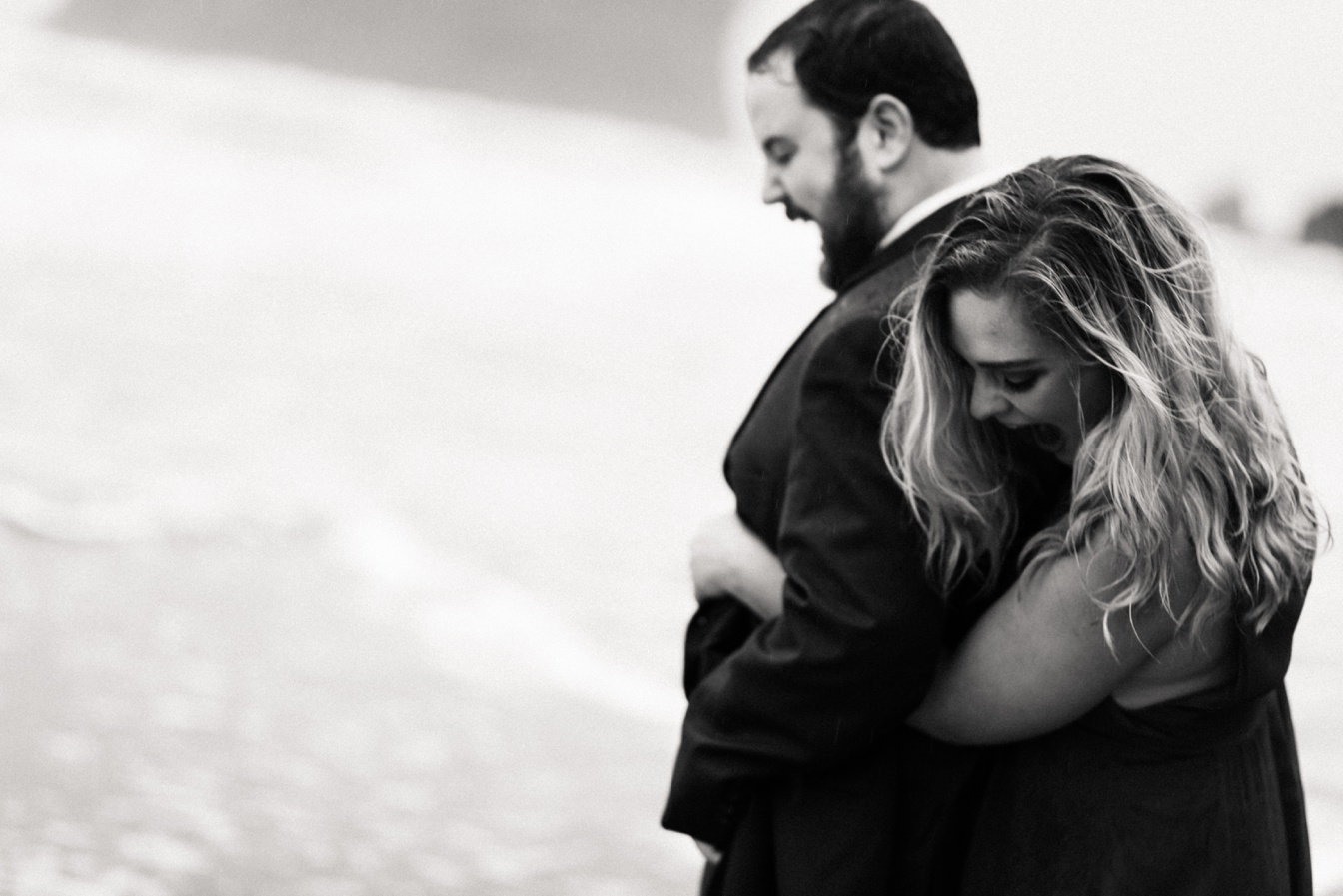 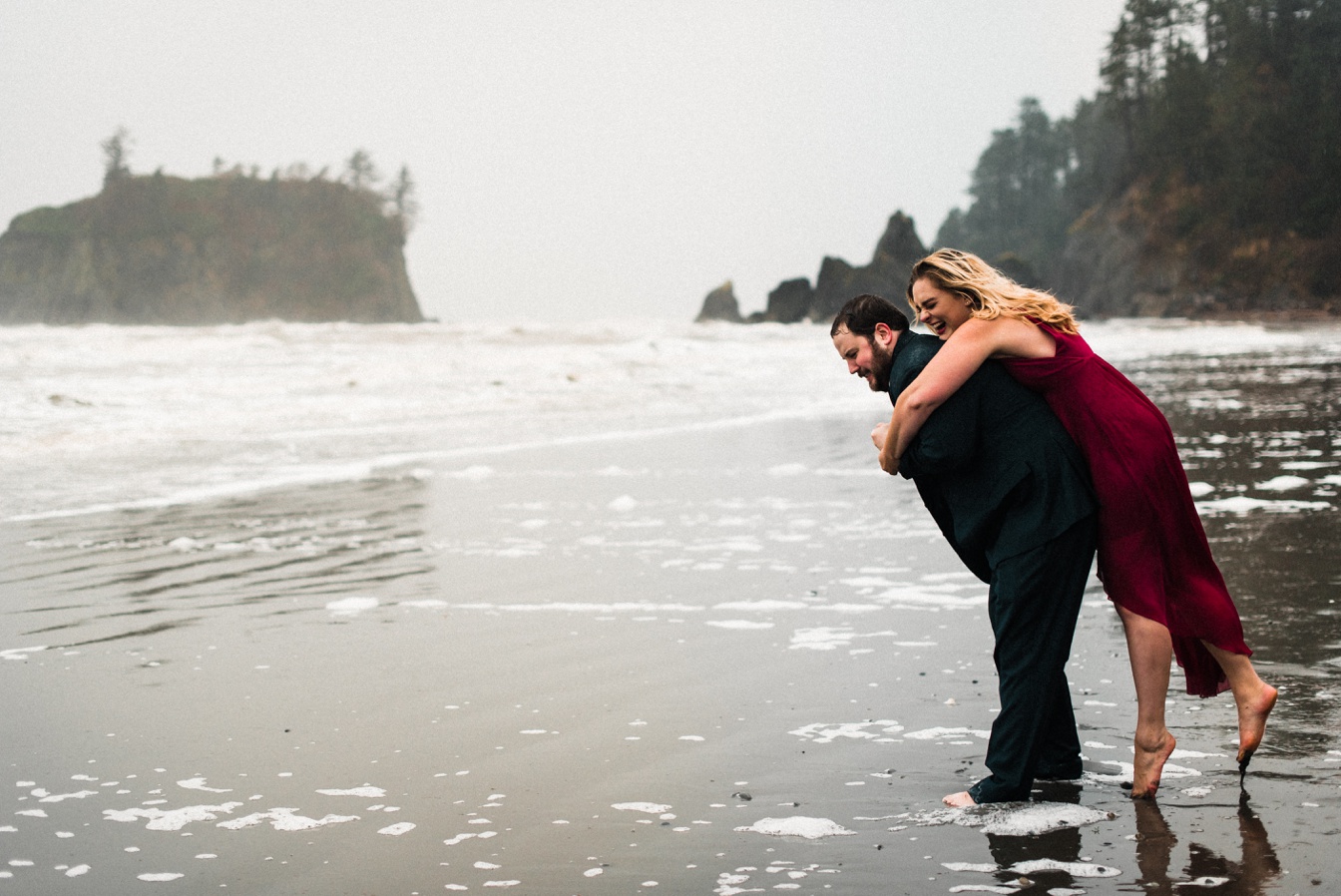 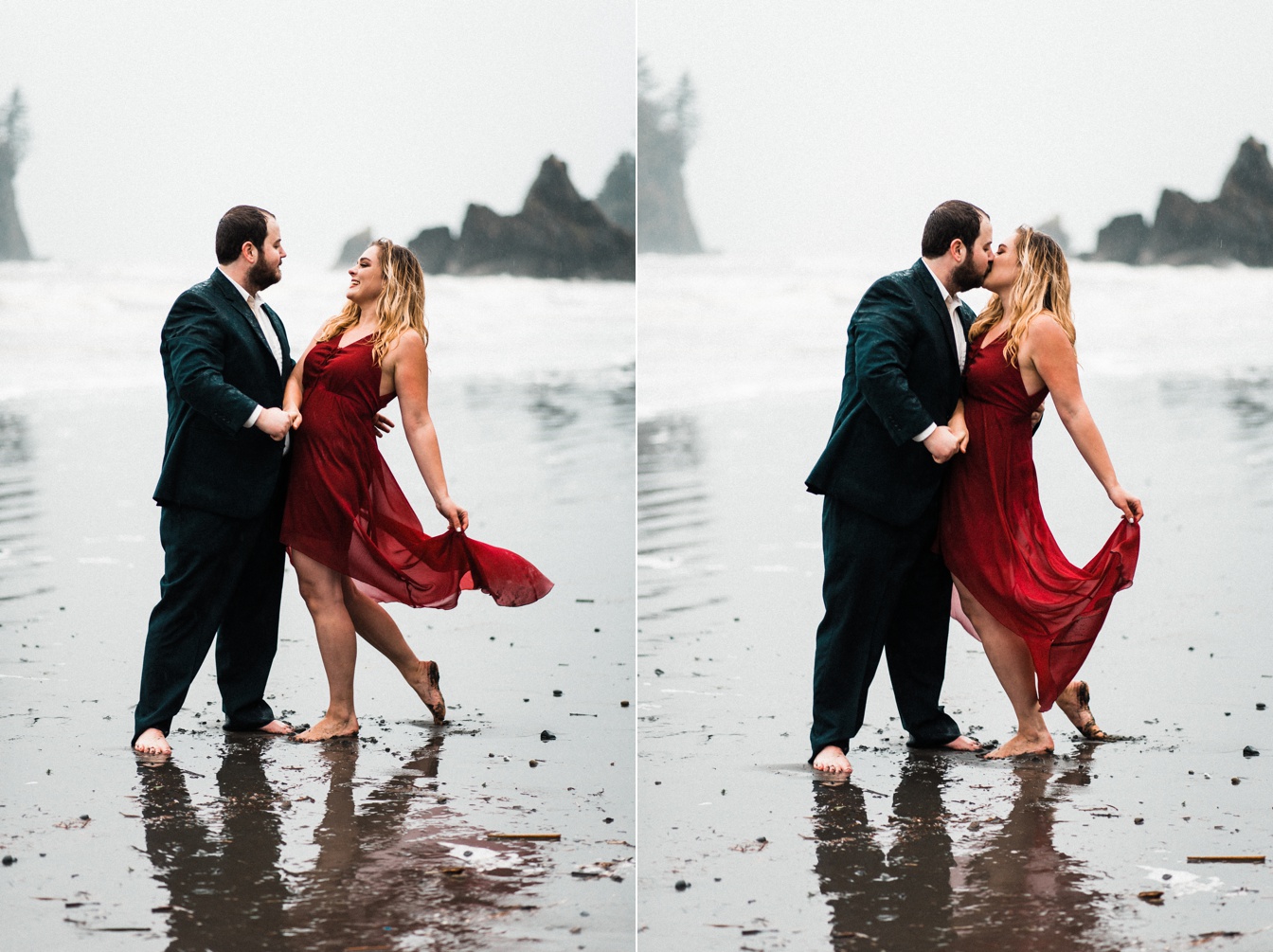 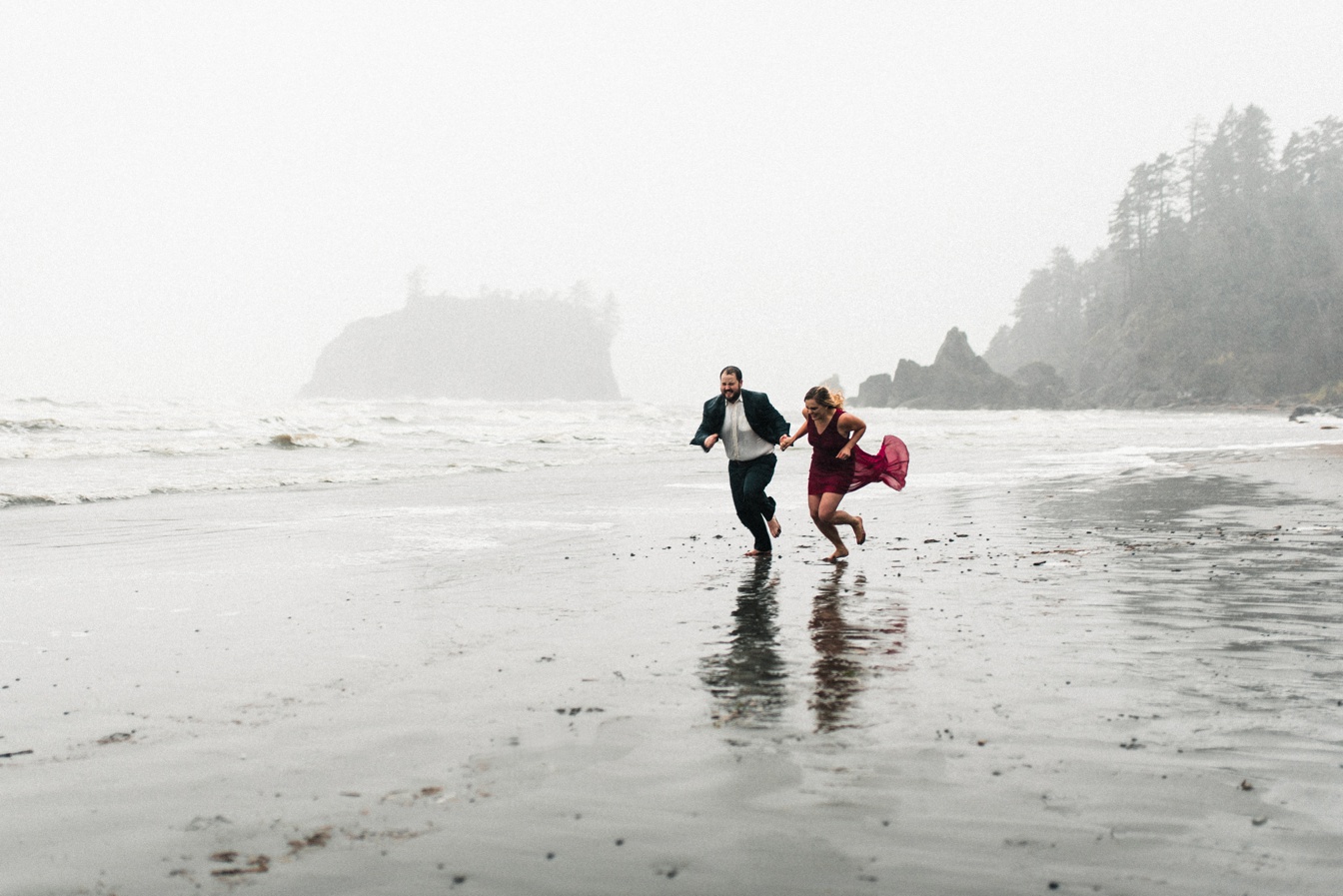 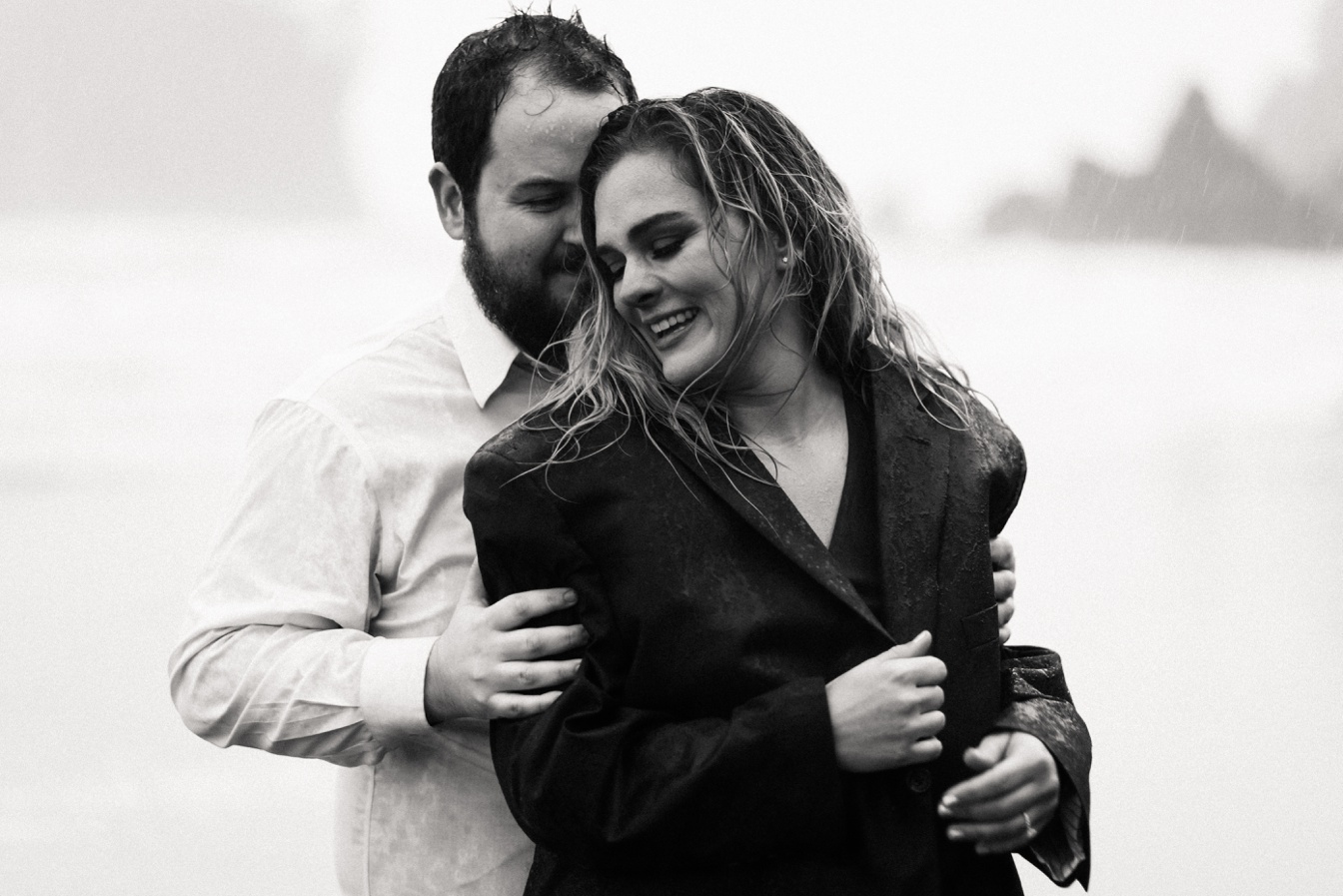 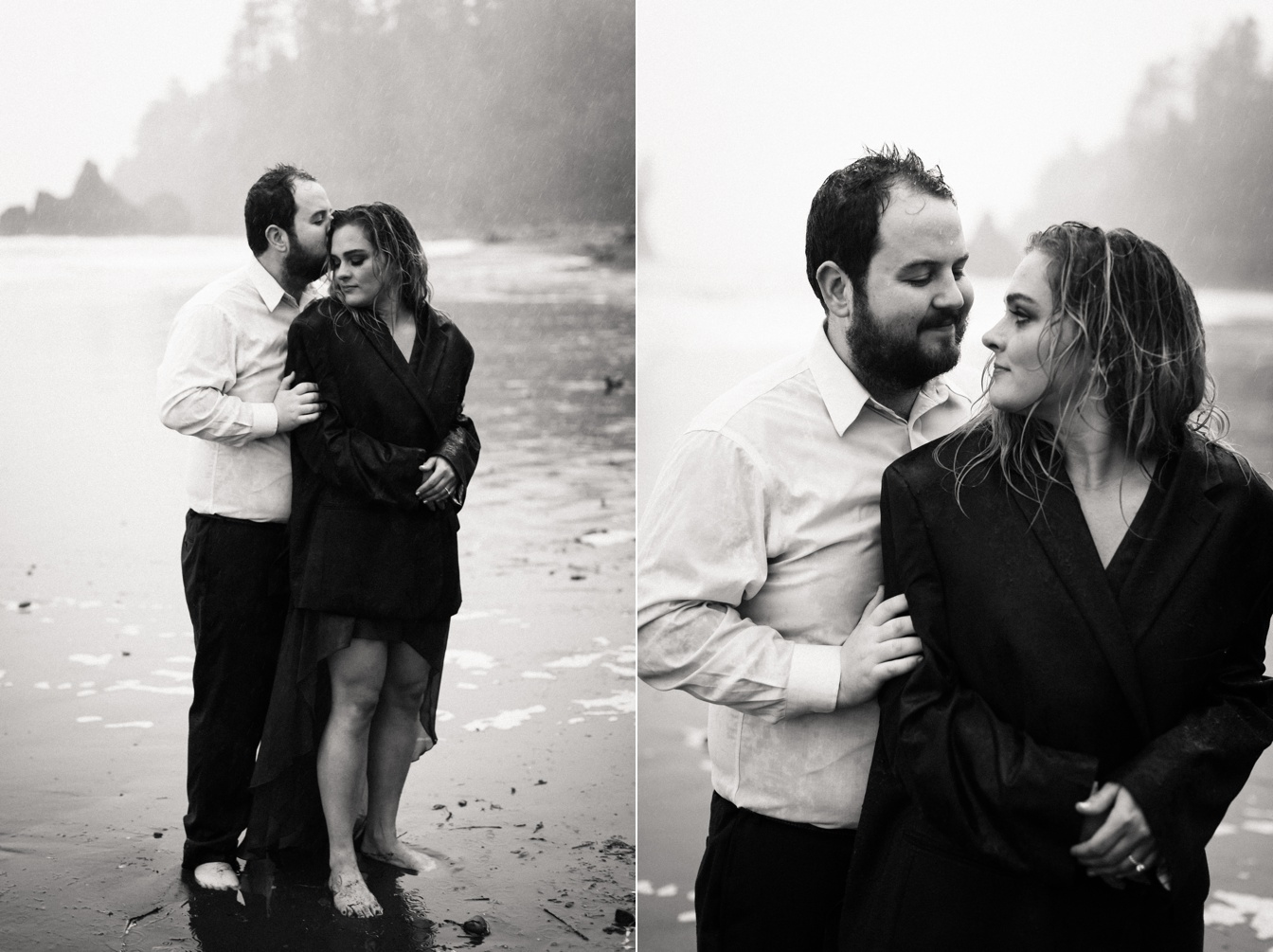 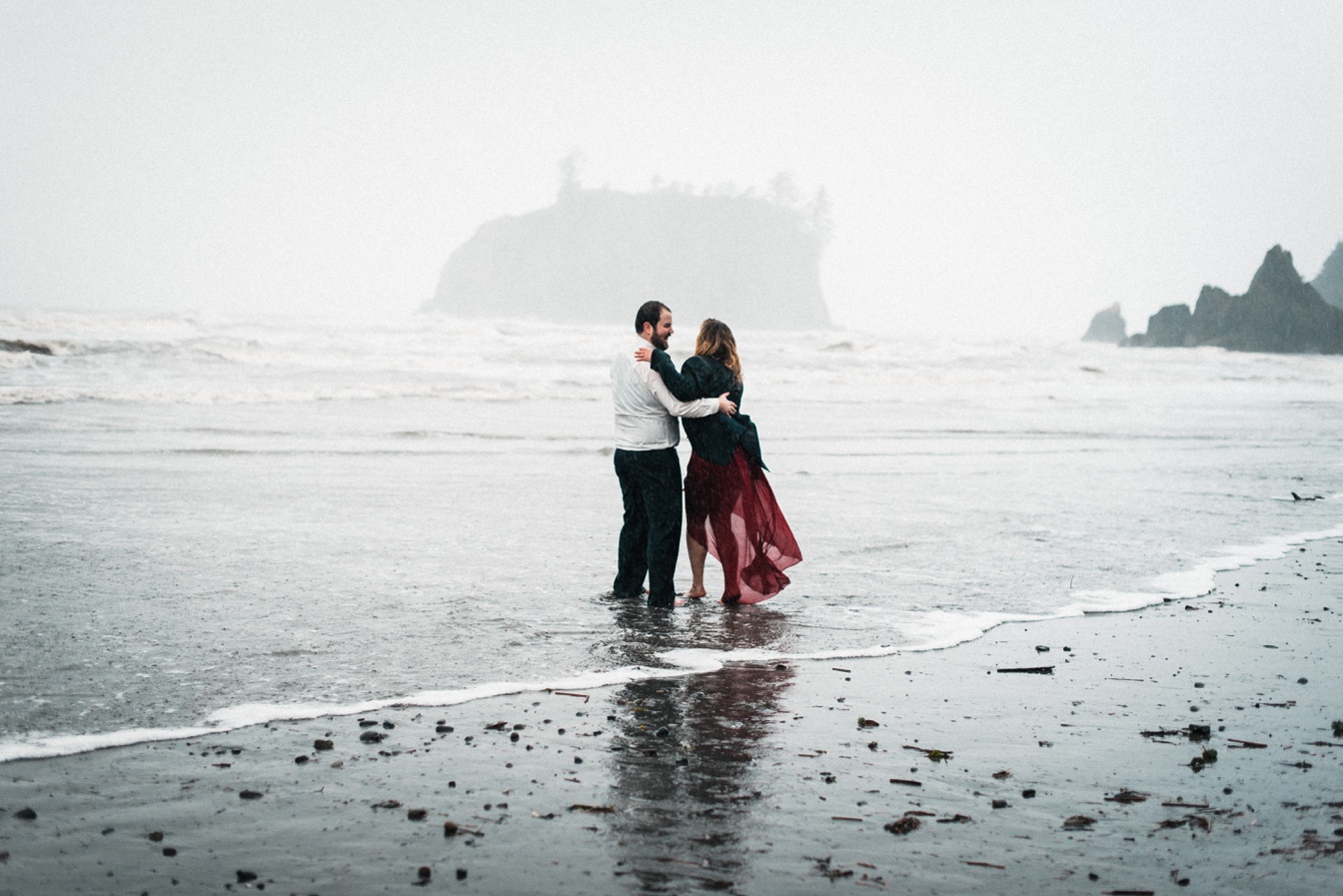 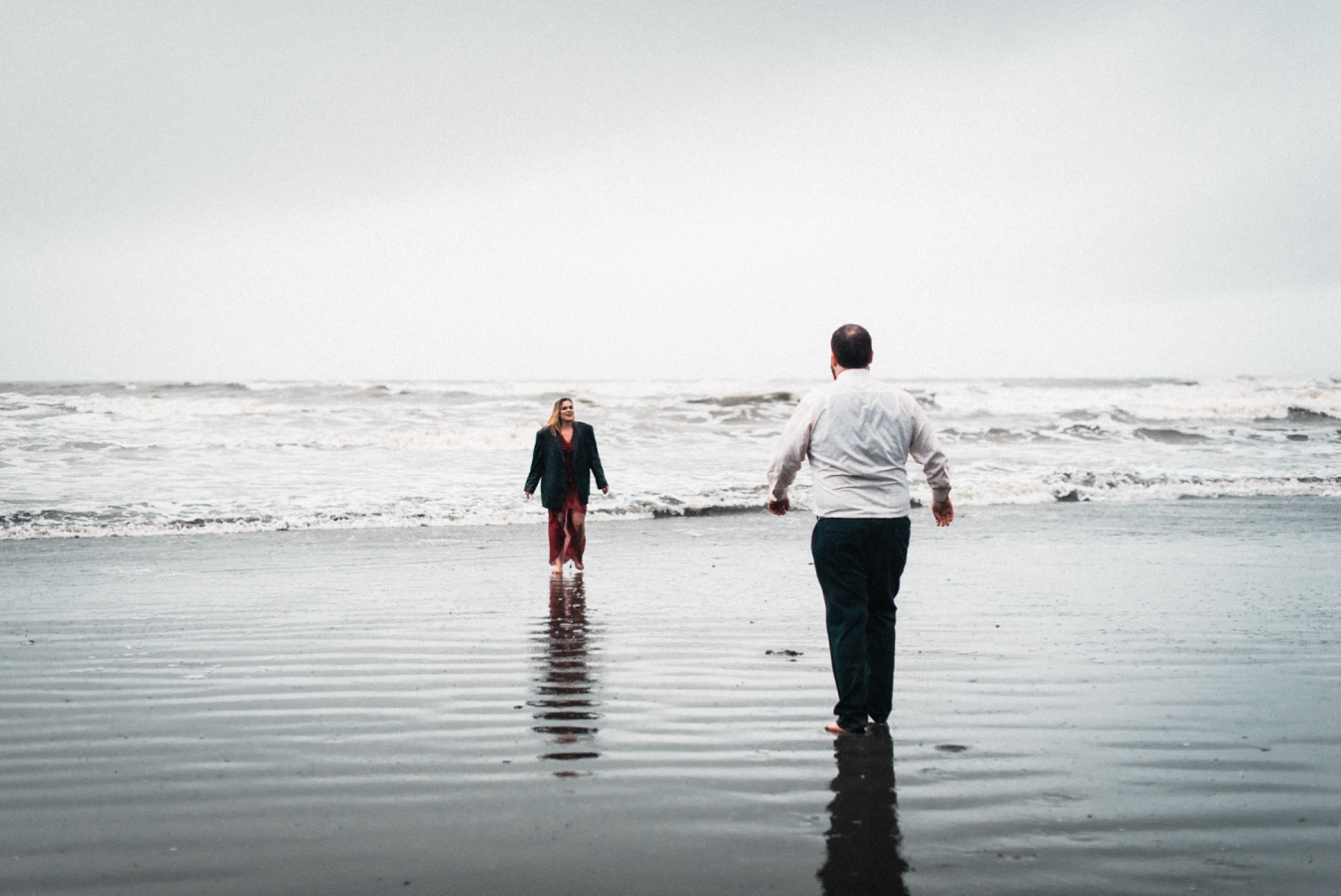 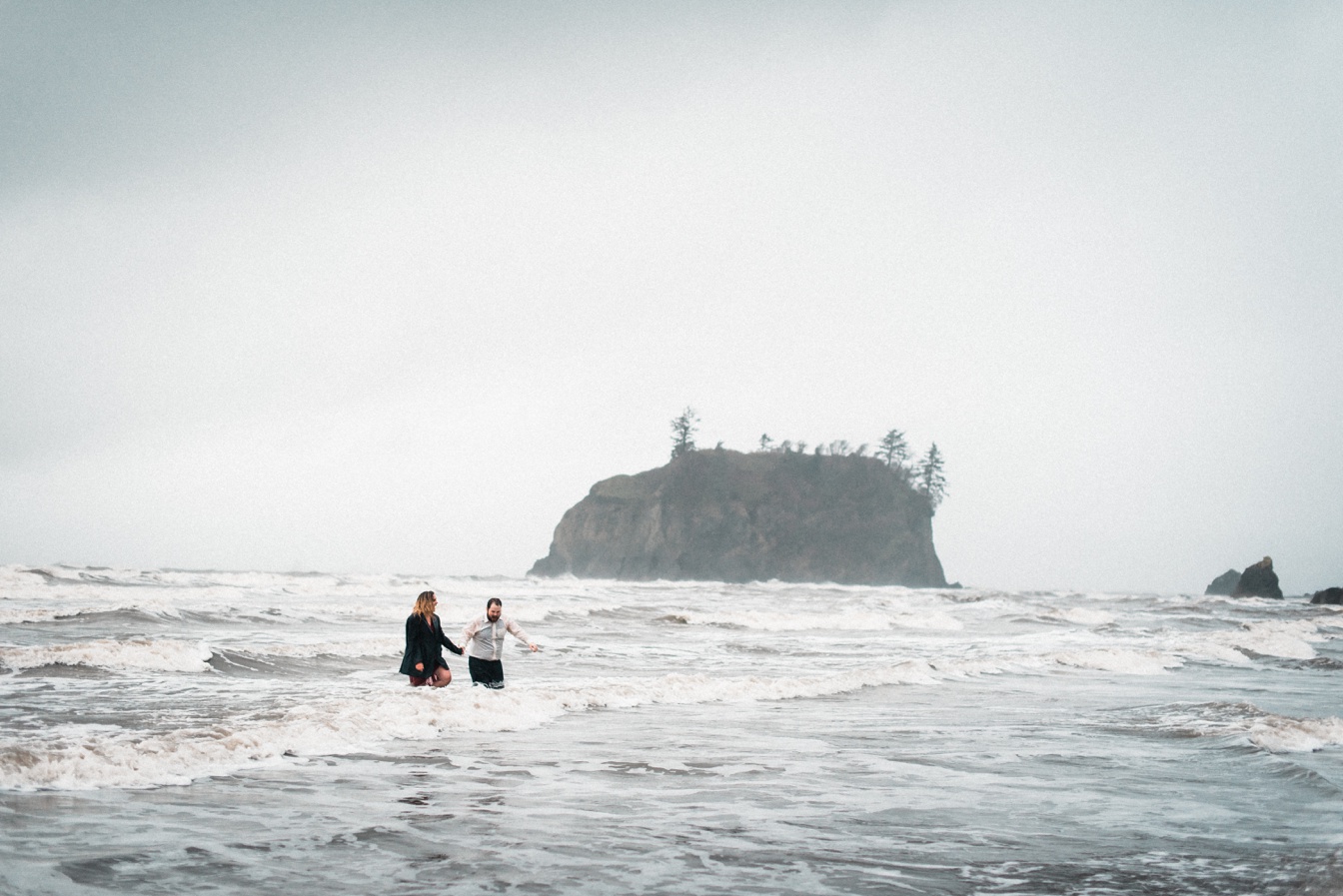 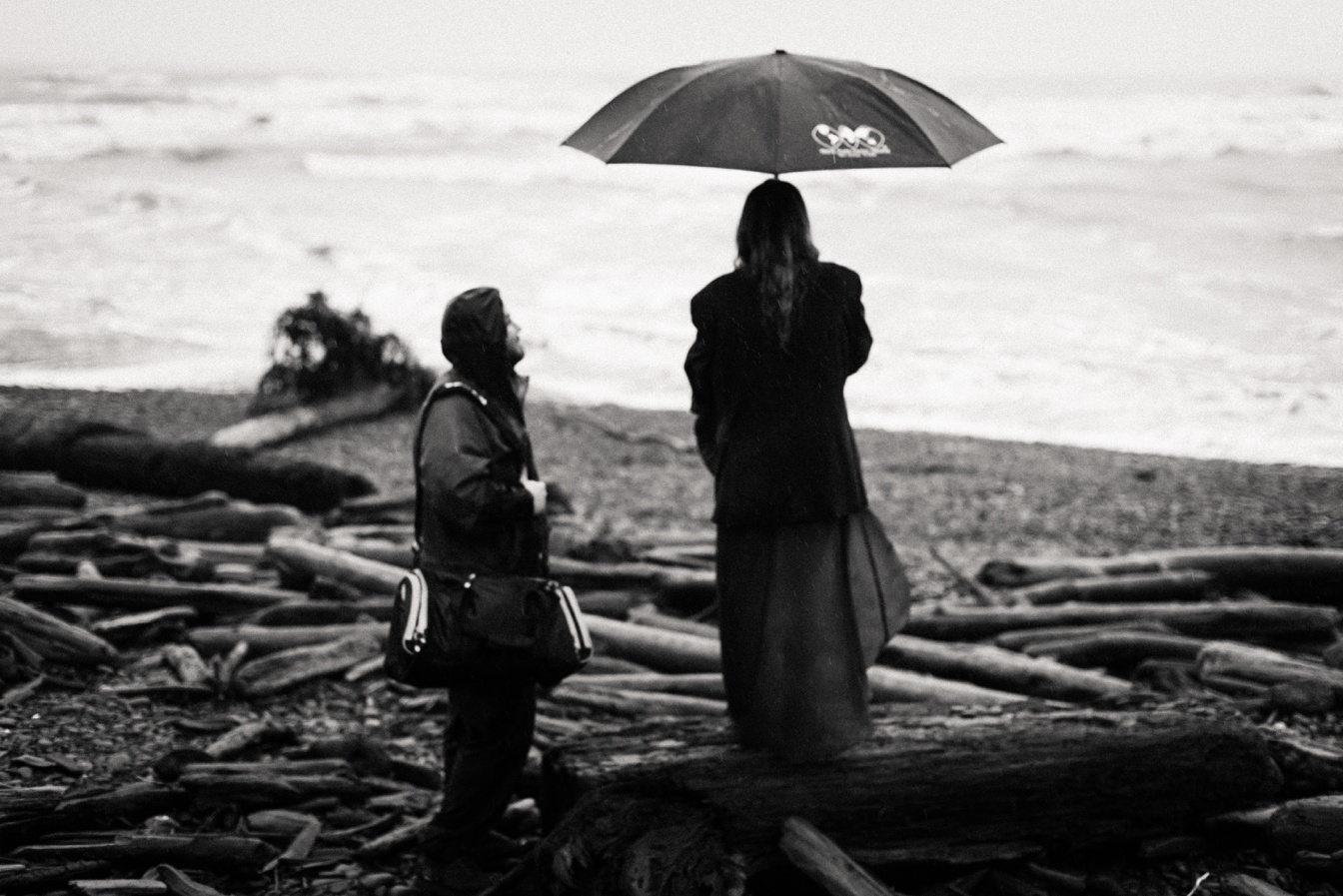 Learn more about our elopements
PrevPreviousOregon Elopement: Airstreams and Epic Coastlines
NextWinter Elopement in the North Cascades With a Snowshoe CeremonyNext